Posted by Jon Bristol at 8:00 PM No comments:

Curiously daft customers, a surgically enhanced waitress, and Schmutsy... Just another day for Quigly and Wes Risley at their bar, The Wooden Beaver. See the whole series now on The Elmwood Channel on VHX!
Posted by Jon Bristol at 8:00 PM No comments: 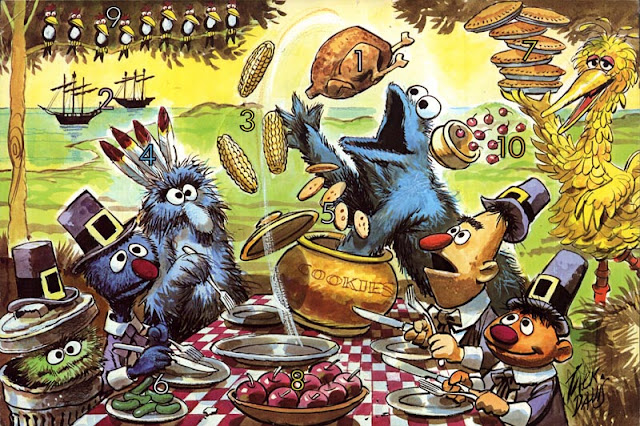 Posted by Jon Bristol at 6:12 AM No comments: 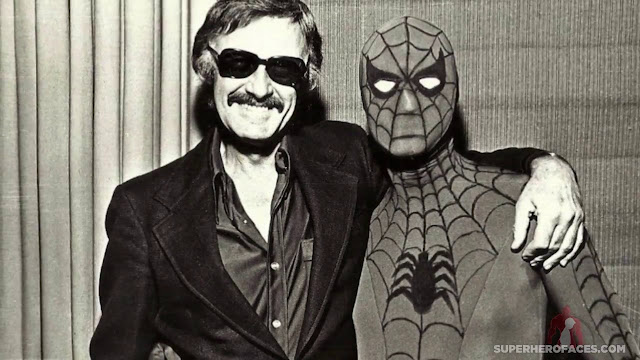 Thanks for making me a true believer
Posted by Jon Bristol at 2:22 PM No comments: 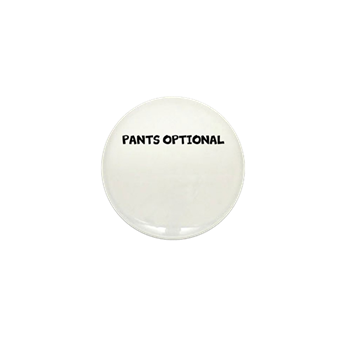 Get your button now!
Right HERE 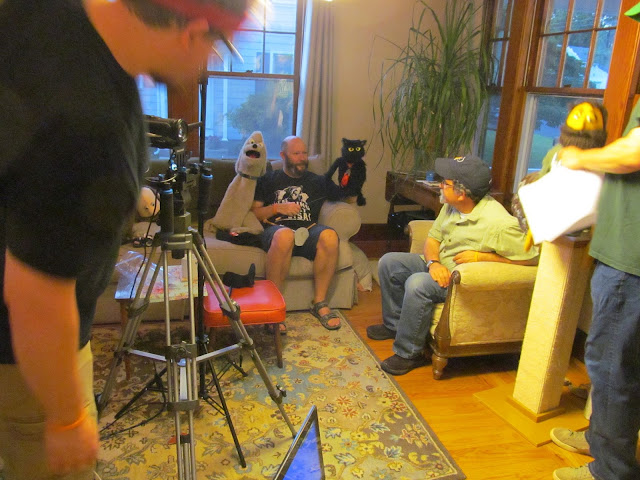 I get asked ALOT about "How Do You Make A Movie?"
Usually it's someone who wants to do it, but is afraid to take the leap, or unsure how to start...
I'm a lucky man... I've been able to follow my dreams and make puppets, and movies with them. Sure, I've made sacrifices. And yes, it does take up much of my time. And it's all worth it. Whenever someone comes to me and tells me they want to make a movie but aren't sure how to start I'll ask a few questions -
"Do you have access to a camera?"
"Do you have a story idea?"
"Do you know anyone who would want to be in a movie?"

I always get "yes" to all three.

And then I ask "So what's stopping you?"

Then I always hear their reasons: "Well, I don't have a huge amount of money," or "I don't have time", or "I have to mow my lawn."... And so on and so on...
These "reasons", I call these excuses.
I don't have have huge amounts of money. I have a lawn to mow. And, sometimes I feel like I don't have time.
But I do it. I want to do it.
And that is really where you start.
If you WANT to do it, you CAN. You have to commit.
You see making a movie is a commitment. Even a short film that may take a day to shoot.

So how did I do it? It brings me back to the three questions.
Well, I had help. I had a friend with a camera. I had story ideas that others helped expand on. I knew people who wanted to be in movies, or in my case wanted to puppeteer in movies.
And we did it. And we keep doing it.
No, it's not "that easy"... Scheduling, puppet making, casting, locations, all that and more do make it hard. But if you have those three things you have a place to start.
And you CAN do it. You CAN make you're own movie.

I believe in you.

Posted by Jon Bristol at 7:34 PM No comments:

Ten Years of This? 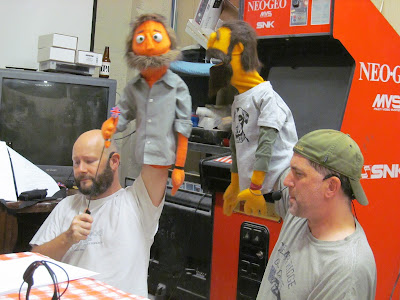 This blog, The Mad Puppeteer AKA Puppet A Day is ten years old!
I just realized that while using it to look for a picture of an old puppet.  10/20/2008 was the first post!   The original plan for this was to post a puppet a day for a whole year.  A puppet that I had built.  And at the start of it I didn't have 365 puppets.  Through the whole year I only didn't do one week.  Which was planned in advance, that week focused on puppets built by some of the other Elmwood crew that had been used in flicks from Elmwood Productions.
Once I hit the year I shared puppets from my collection of puppets, and have been using this blog to share about things I love, like art, music, film, etc...  And of course more puppets made by myself, as I make them!
Wow.  A decade!  So much  has changed, and gotten better!
Looking forward to the next decade!

The pic on top is from shooting "The Risley Brothers" which was one of the most fun things we ever shot...  And one of my faves!
Posted by Jon Bristol at 4:30 AM No comments:

How Beautiful Do The Words Have 2 Be

Posted by Jon Bristol at 8:34 AM No comments: