It's never too early for Christmas...

Happy Halloween!
On tonite's Graveyard Gil's Midnite Thrills we join your favorite ghoulish TV host as he presents "Christmas Wishes" Some gifts are best left unopened... Horror The Elmwood Way. https://www.elmwoodproductions.com
Posted by Jon Bristol at 6:30 AM No comments: 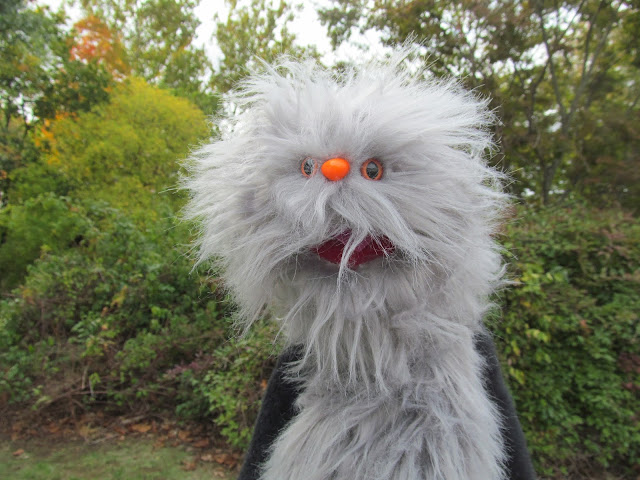 Mouth Puppet
Available on Etsy!
Well, unless its been sold! 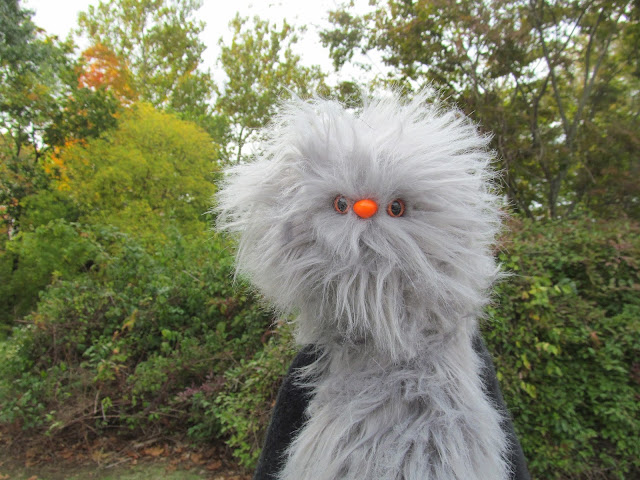 THIS HALLOWEEN...  GET HEAD!

CLICK HERE for all the links to watch it!

Come see HEAD in person and meet the crazy folks who made it! 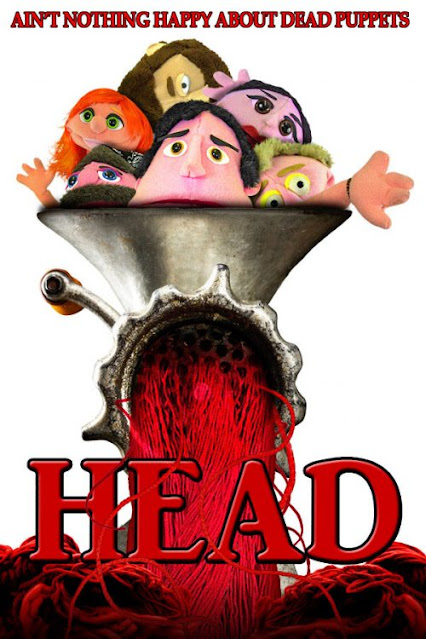 https://www.facebook.com/events/333932067881906/
TICKETS ON SALE NOW!
Purchase HERE: https://www.eventbrite.com/e/head-a-horror-movie-with-puppets-5th-anniversary-screening-tickets-122310924267
Tickets purchased for the postponed March screening will be accepted for this night!
NEW DATE - MARCH 27, 2021!
In March 2015 Elmwood Productions held it's premiere screenings of HEAD - A one of a kind horror film starring a cast of puppets.
Since it's release the movie has played in film festivals in six continents, won six awards, sold out DVDs and screenings and was picked up for distribution by Terror Films.
Elmwood Productions is excited to bring the film to Sea Tea Comedy Theater for this special screening. It's the first in a series of events being hosted by the upcoming You Don't Say? - Puppet Improv
show that begins at the theater this spring!
Following the movie members of the cast and crew will be on hand for a Q & A session, and a puppetry demonstration.
Doors open at 6, the movie starts at 7.
More about HEAD:
HEAD is a one of a kind film starring an all puppet cast in a throwback to the slasher films of the 1970's and 1980's. A group of twenty somethings go for a nice fall weekend camping trip and end up in the middle of nightmare they may never escape from.
Rated R for all the stuff you'd expect from a horror flick, like blood, four letter words, and puppet nudity. 65 minutes long.
More about You Don't Say - Puppet Improv:
"YOU DON'T SAY!" Puppet Improv is an exciting and hilarious new LIVE game show with local celebrity guests coming to Sea Tea Improv in April 2020!
More about Sea Tea Comedy Theater:
The Sea Tea Comedy Theater is Connecticut's brand-new, coolest, most fun venue in the state. Every night is different. For a full schedule of all of our available shows, visit https://seateaimprov.com/theater
For info on classes, rentals, training, and more, visit https://seateaimprov.com
Sea Tea Comedy Theater’s mission is to present high-quality, affordable, original entertainment to a diverse audience. By providing opportunities and a home for comedians and performers, we cultivate an inclusive comedy community and springboard top regional talent to a national level.
Posted by Jon Bristol at 6:00 AM No comments:

A Little Monster... Another little monster! 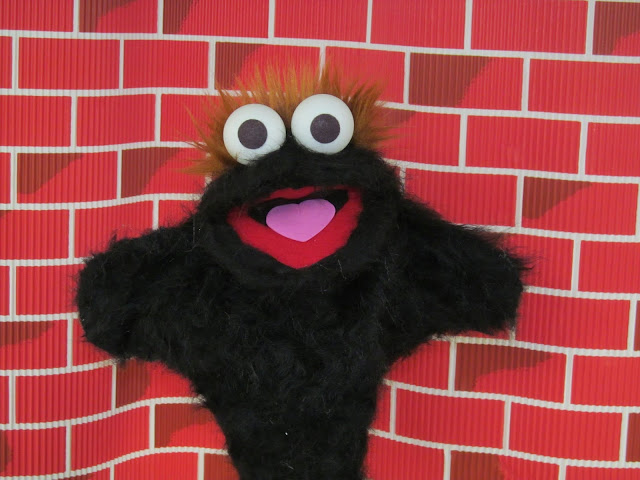 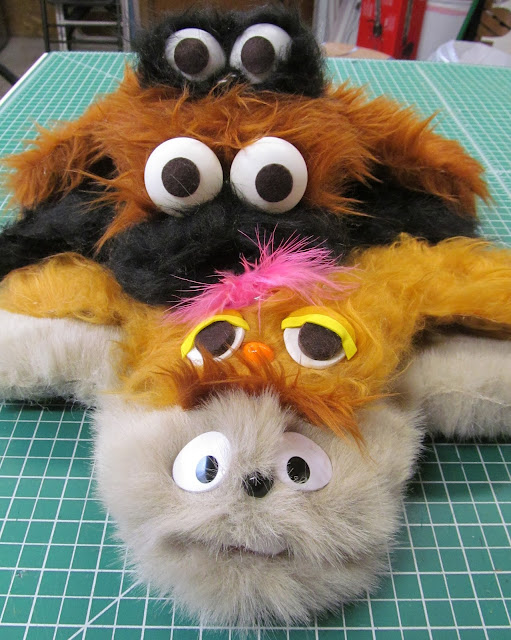 I've been making a bunch of these to sell on my Etsy page! 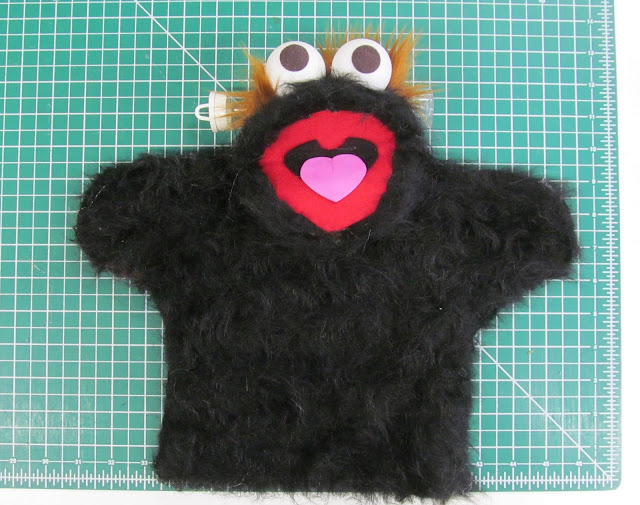 Did you know Elmwood Productions offers puppets for commercial work?
Well, now you do!
Here's a puppet from our studio that we made and performed for the Crowley Auto Group!
Reach out to us to find out how we can help you! Commercial produced by the awesome team at
Perfect Pitch Productions!
See more HERE!
Posted by Jon Bristol at 3:00 PM No comments:

Fathers. Sons. Big rocks. And a delinquent tax bill, and bad decisions. Just another day at The Wooden Beaver. www.elmwoodproductions.com Show some love for Elmwood! It's your support that keeps content like this coming! Visit our Ko-Fi Page and help keep us caffeinated! - https://ko-fi.com/elmwoodproductions

Posted by Jon Bristol at 7:40 PM No comments: 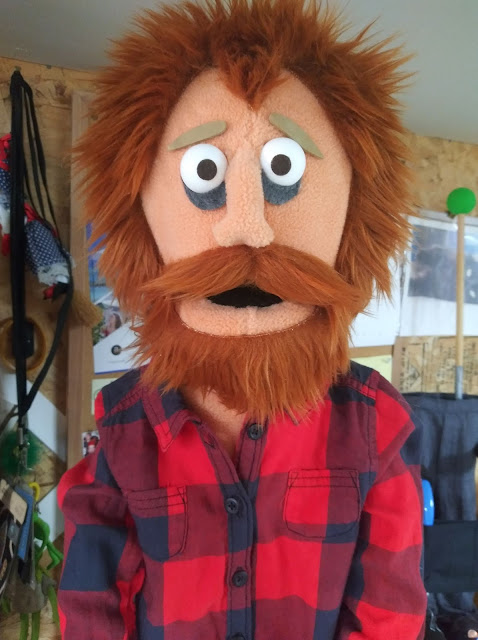 Curt
Mouth Puppet for "Defining Monsters" and "Bernice, Too"

Some puppets create themselves...
Curt was a foam head I had build over a year ago that was just on the work bench.  A prototype head that i wasn't sure about.  Then back in August I got a sample of this fleece from Puppet Pelts and wanted to try it on something, so I dusted off that random head...  Then went to work.
No sketch or design in mind.
Suddenly it was a familiar face.  I had made my late friend, Jordan.
A funny version of him for sure though.  And I think he would have cracked up at seeing this.
Then, as I wrapped up the hair and beard it sunk in...  Was was making this on the anniversary of his death.
Maybe it was the cosmos guiding my hands.  Maybe it was coincidence.
Either way, I love the way this puppet came out. 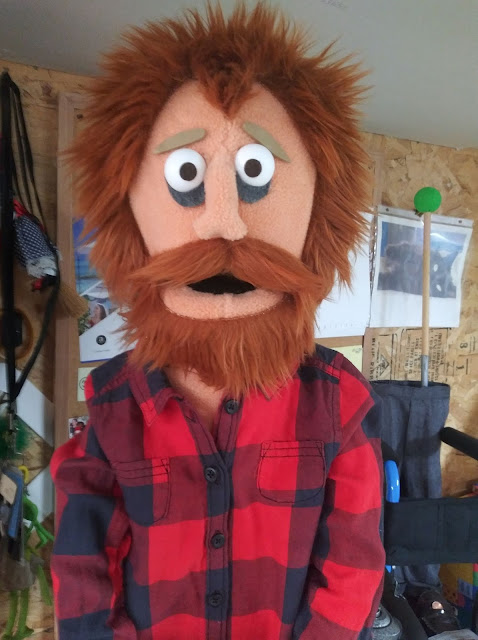 Jordan had been the inspiration for the character Wes in "The Risley Brothers", and kinda used his look for Tom in "HEAD"...  But this guy really captures Jordan's wild and silly side for me.

Please forgive my head in the shot, haha

From The Elmwood Vaults: Vintage Elmwood!

Here's some more from the vaults!

As we're getting close to the end of 2020 here's our last video with "Vintage Elmwood" footage!
It's been fun sharing these odds and ends from out past 20 years with everyone.
http://elmwoodproductions.com/index.html
We're looking forward to 2021 and our 20th year making puppet madness!
Show some love for Elmwood! It's your support that keeps content like this coming!
Visit our Ko-Fi Page and help keep us caffeinated! - https://ko-fi.com/elmwoodproductions
Some more "Vintage Elmwood" -
https://www.youtube.com/watch?v=PJjbu3YNG2g
https://www.youtube.com/watch?v=QURNnv885kA
Posted by Jon Bristol at 9:16 AM No comments:

Posted by Jon Bristol at 8:29 AM No comments: 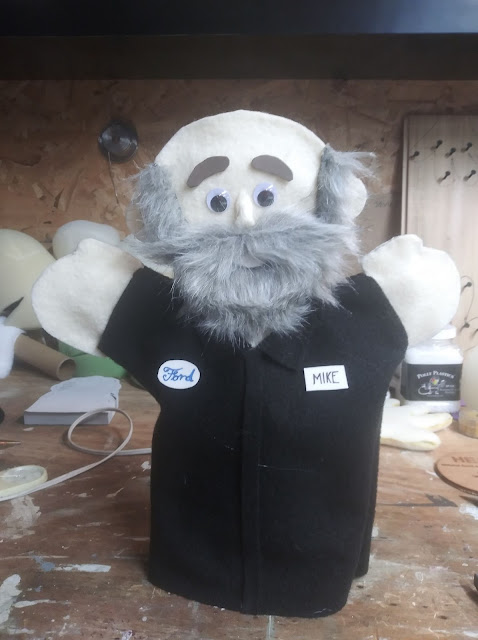 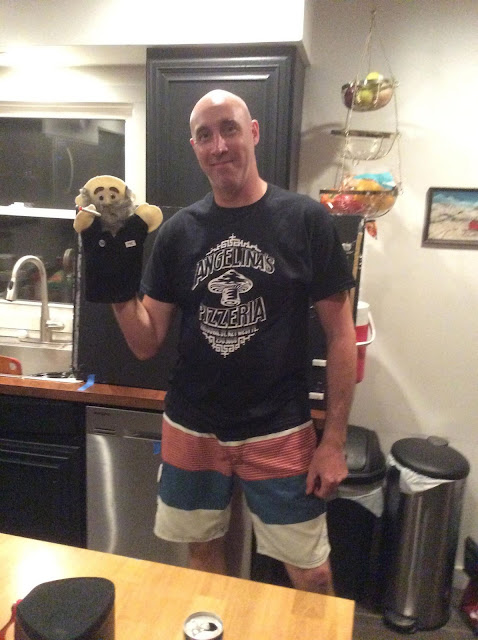 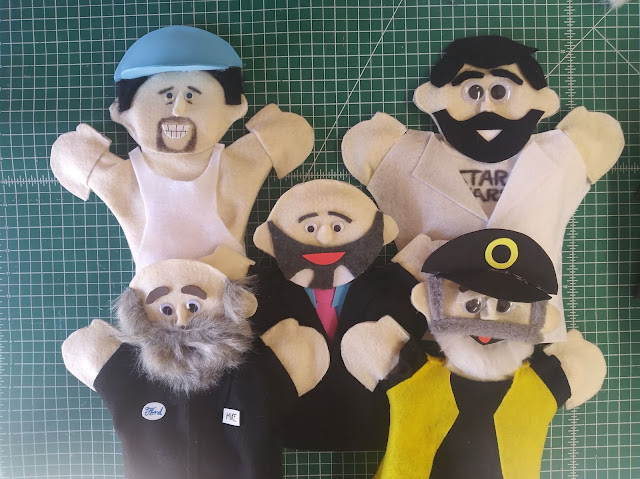 Posted by Jon Bristol at 3:42 PM No comments:

As Tugger and Ripper plan their next attempt to do away with Jon, Brie runs into an old boyfriend, the mad scientist Igor, and his boss Simon! www.elmwoodproductions.com Show some love for Elmwood! It's your support that keeps content like this coming! Visit our Ko-Fi Page and help keep us caffeinated! - https://ko-fi.com/elmwoodproductions

Posted by Jon Bristol at 3:29 PM No comments: 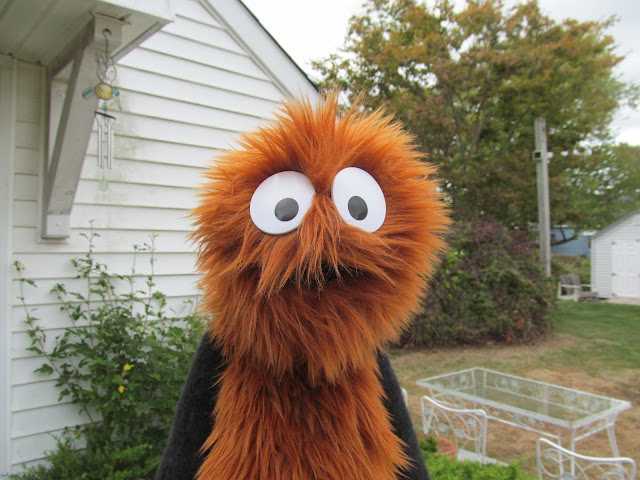 Monster!
This one was recently added to Etsy! 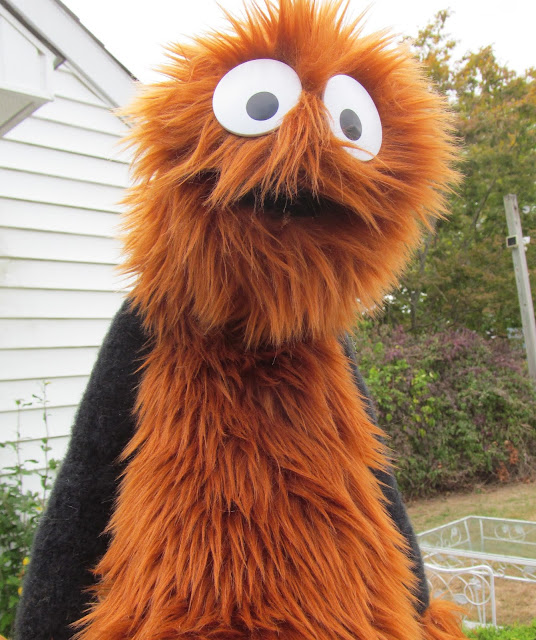 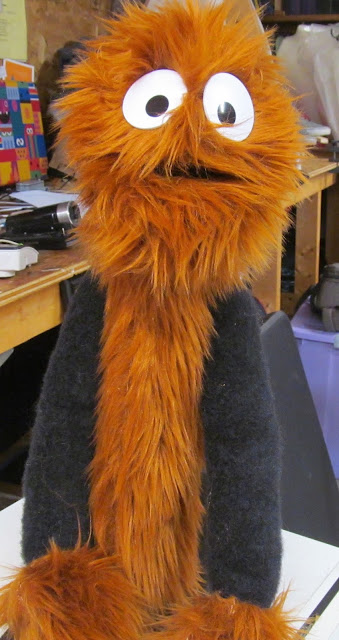