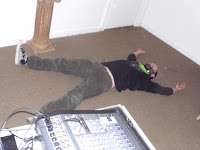 Posted by Jon From Elmwood at 4:57 AM