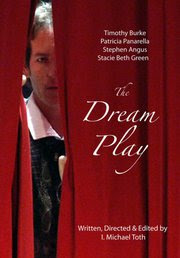 In 2012 I'm going to be hosting a series of films at Paris In Plantsville. The focus of the films will be in Independently made films from Connecticut based film makers, performers, and artists.
It's lining up nicely with some really interesting flicks coming my way to share, and Elmwood's even having a nite in March (more to come on that later) that's going to be a ton of fun.

I think of my self as a puppeteer/puppet maker first and a film maker second. I love movies and love making them, so I want to share that with everyone I can.

SO when putting together the films I reached out first to people I know who are involved in film in the area. And my friend Tim Burke just happens to be an actor...
And he just happened to have a film he stars in...
And that film is The Dream Play

I've seen the film. It's part of a two film cycle, and it's really good. And Tim's great in it, so I'm really happy to share the film at Paris In Plantsville.

So please join me, the Paris Guys and Elmwood Gang, and Tim on 2/11 for the first New England screening of
The Dream Play! 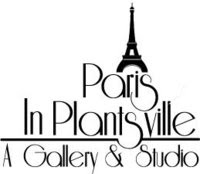 15 West Main Street
Plantsville, CT
Posted by Jon From Elmwood at 4:59 AM