Mug of the Day 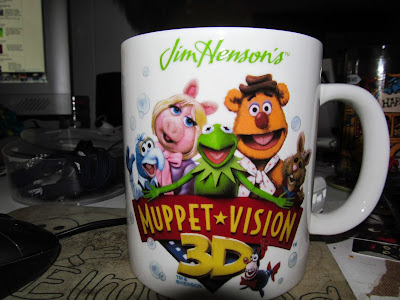 I remember getting this mug well.  It's apparently going to snow tonite and it got me thinking about winter…
It was January 2001.  I had a rough fall and holiday season and needed to get away for a bit.
So without telling anyone I went to Florida.  I  was sick of winter, sick of Connecticut.
By the end of my first day there I was in a rented car from Tampa and on my way to Disney, where I got this (huge) mug.  AFTER finding an apartment.
A month later a was a resident of Florida
A year and a half later, I was back in Connecticut.
I still don't like winter though!

I say it from time to time…  I'm glad I went, be even happier I came back!