Tomorrow is the last day of principal shooting for "HEAD"
It's a bitter sweet feeling knowing we'll be wrapping this up and getting into the editing next.
I wrote HEAD in 2010.  I wrote it because I was still harboring a little disappointment that the previous horror movie we tried to make didn't pan out.  So over a week I cranked out a script in the dead of winter, and then just sat on it.  From 2010-2012 we talked about doing it, even tried to cast it with actors and did some location scouting and readings, but other things kept coming up that were definite priorities and other projects just seemed like more fun.  I'll leave how we went from 2010 to 2014 for another day though.  Perhaps when the movie is ready to premiere I'll tell more of the story…

Anyway -When we decided to officially do this movie last year I was just going to produce and kick back for the first time on an Elmwood Production.  But that just didn't work out, hahaha…
By the time the first day of shooting arrived I had made the puppets, done a new re-write, was cast as a principal character(s) and was directing.  And now I'm looking forward to the Thanksgiving break.  We'll be done shooting and we all can kick back and smile, knowing the grunt work is done.

I say it's bittersweet because I love making movies with these people.  The old Elmwood crew that's been with me all these years, and the new people who have come in on this flick.  It'll be sad not to puppet up with them out in the woods or on a dirty floor for a little bit.
But I'm also glad to be done with shooting this flick.  Mother nature,
locations, and time just have fought with us every step of the way.  What was supposed to be about a 5 day guerrilla style shoot turned into a off and on for 4 months shoot.  It went from;
"Yeah,. we're making this cool horror flick"
to;
"Yeah, that damn movie"…

But I'm glad we've been making that damn movie.

And I'll be glad in two weeks when we get together to go over the scripts for our next project.
I can get these people I love back in a room and create.

I love this stuff, and I love these people.

So I want to thank them…
Russ, Rick, Mike, Manda, Sally, Nick, Ben, Gabe, Jim, Keith,
and Brian and Joe,
and Pat, Theresa, Sean, and Jackie too…
Thank you -
Can't wait for you guys to all be sitting in a room watching this flick with me.

Me, showing Manda, Ben, Nick, and Mike love on the first day on location 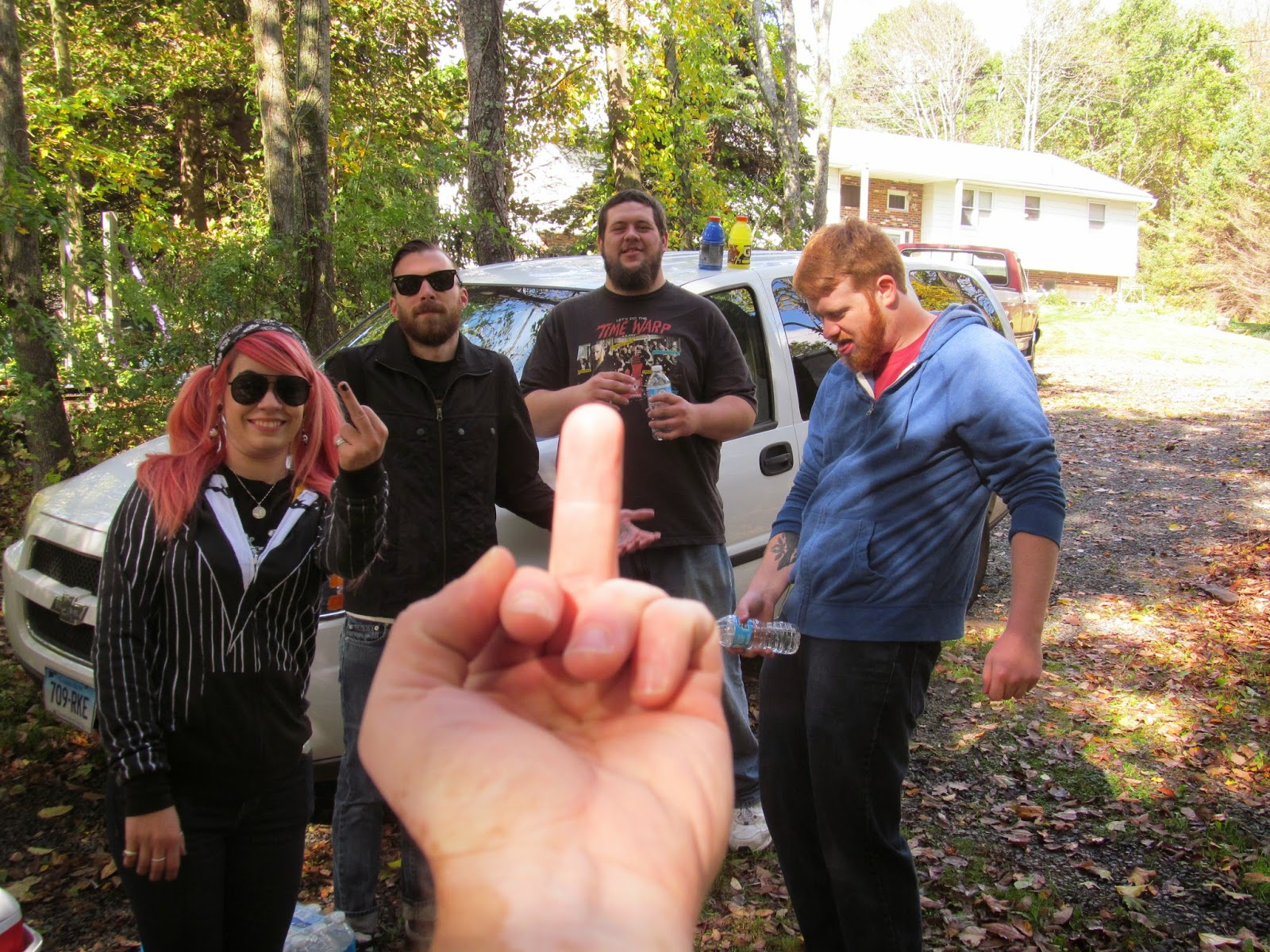