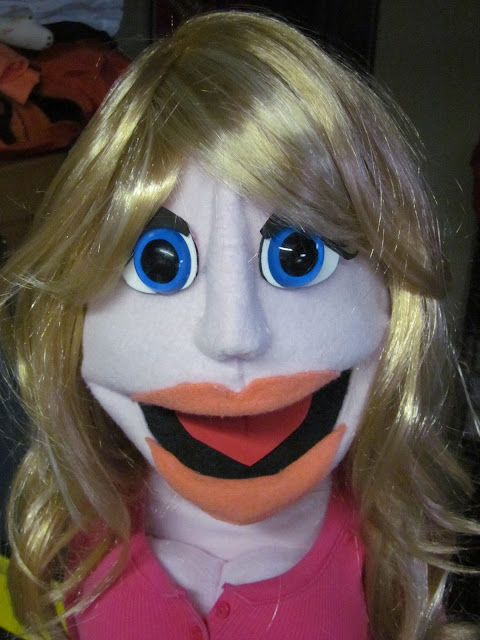 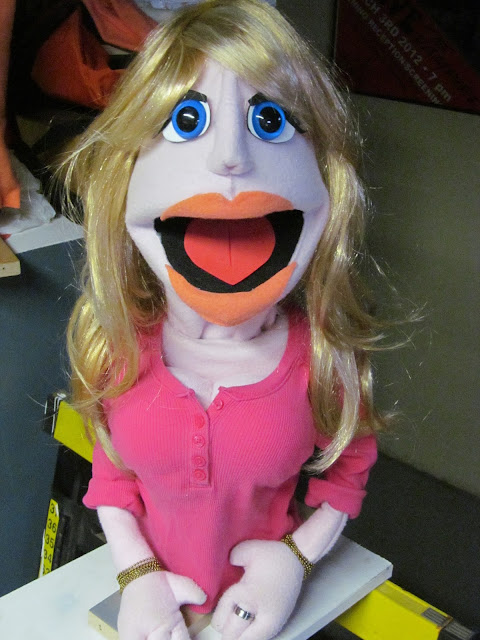 The picture above is of the newer "Heather".  She got a little facelift (and more) as the series goes on.

One of my favorite parts of revisiting the characters from the short film and turning it into a series was being able to mix it up, make a new Wes, and update Heather, and add some new dynamics as far as performers were concerned.
I think the show of "The Risley Brothers" is wicked cool, and hope that as you see it you'll love it as much as I do!

Below is a look at Heather's nose job in progress! 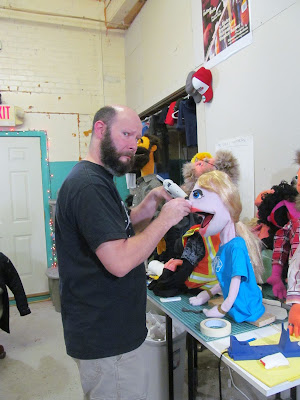 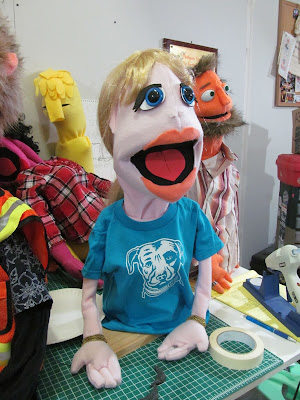 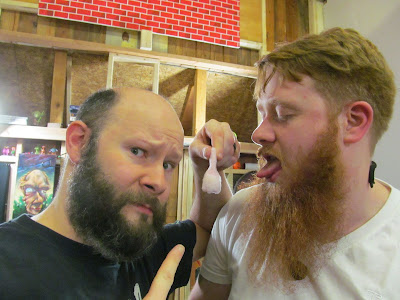 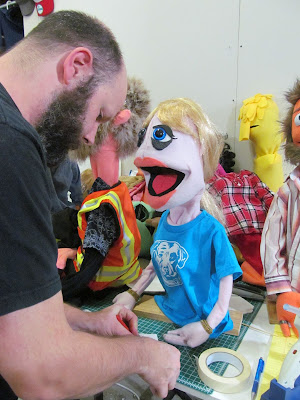 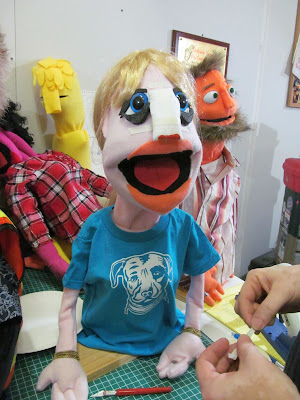 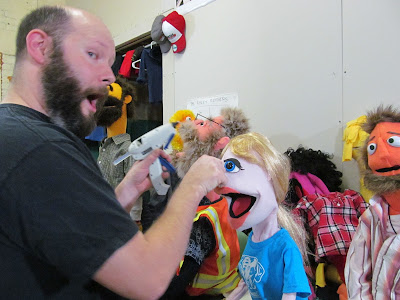