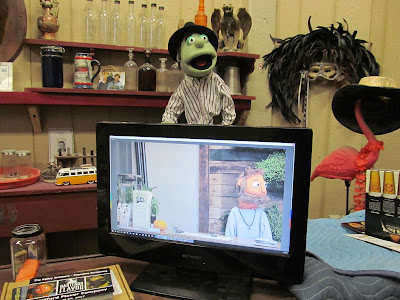 Fifteen years ago this week I moved back to Connecticut.
Although the seeds of Elmwood Productions had been planted a few years before.  I had the name, and puppets were made, and ideas and scripts existed...

But when I got back to CT in the fall of 2002 that they sprouted.
After moving back and re-connecting with Russ he asked something to the effect of "So...  Wanna start making puppet movies?"  He knew the answer...  And we really started.

Moments later Tricky Pete was in...  And by 2003 we were working on an early version "Josh and Todd" and "It's Late Enough With Plink"..
It took another four years for us to really find a groove we liked a lot.  Not that we didn't have fun from 2002 to 2006, cuz we did.
We laughed a whole lot, and made some fun stuff.
But it was a little angry vampire that helped us get in the great groove...
And we're grooving better than ever these days. 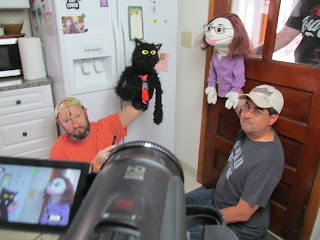 Over the past 15 years I've been lucky and fortunate to have some amazing people work on the various project we have done as Elmwood Productions... 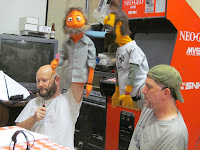 And I want to thank them all...  Literally.
So, to keep it simple, you know who you are...
and
I THANK YOU! 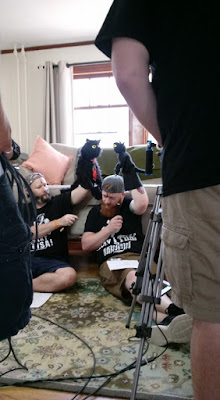 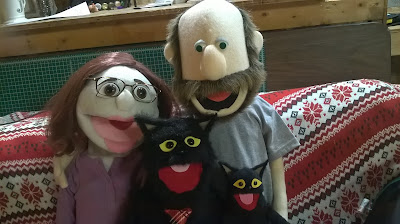 Glad to be a part!