The Answer Is Yes... 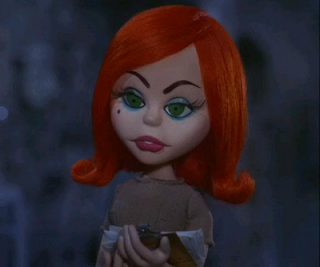 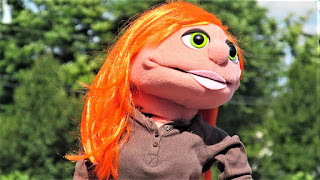 So the puppets for HEAD were built in a hurry...
We decided a little under two months of shooting to do the film with puppets.
I had ideas for the look of each character.
For example, I'e keep it no secret that the character of Bruce is intentionally designed to look like Ash from "Evil Dead".

But one puppet that never really got analyzed by anyone was Vicki.
Originally I wanted the puppet to be a cross between Velma from Scooby Do and Kim Basinger.
But that wasn't working. 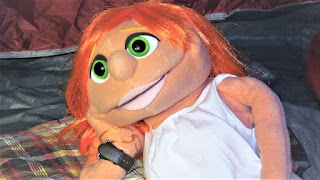 So three years after the flick is done two people recently asked if Vicki was intentionally designed to look like Francesca from "Mad Monster Party"
And she is!  Just a little less busty, hahaha... 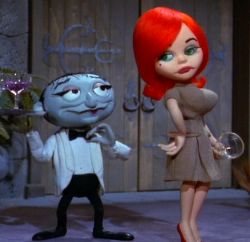 I didn't want her to look exactly like Francesca, just a little...  Like a long lost relative, or something.
I'm a huge Rankin/Bass fan.  And love "Mad Monster Party".
Wanted to throw a little tribute into HEAD.  I've been found out!  Hahahaha... 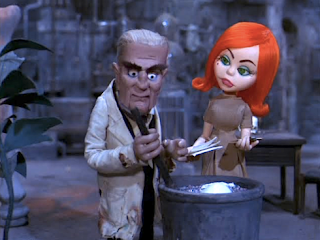 And don't forget to check out HEAD on VHX now!
Posted by Jon Bristol at 9:23 PM