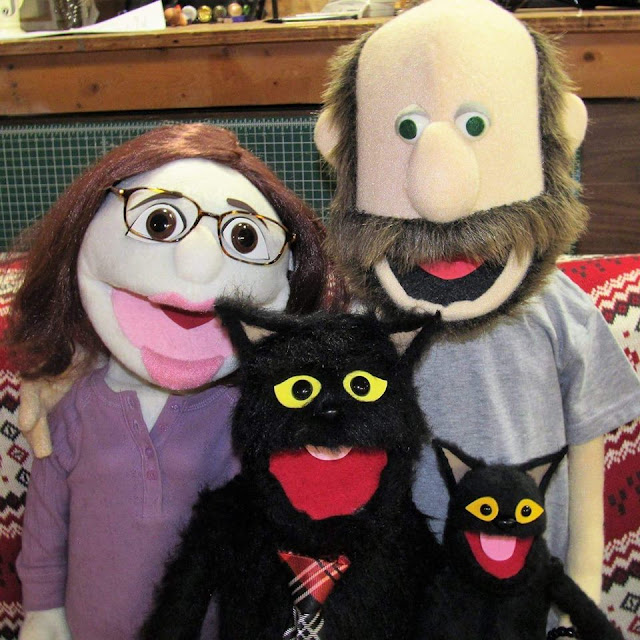 Join Elmwood Productions and MAC 650 for a screening of
"ANIMAL BEHAVIOR" on April 12!
"Animal Behavior" is a family friendly web series that stars
The Elmwood Puppets!
There is a $5.00 suggested donation at the door, proceeds go to MAC 650!
Doors open at 6:00, and the film starts at 7:00 PM!

About the show:
“My cats are trying to kill me.”
It’s one of the first things you’ll hear the frazzled cat owner Jon say as he confesses his fear. And his friends all laugh. But his cats, the charming and mischievous Tugger, and clueless kitten Ripper have planned to do away with him.
Why? Well Tugger is in love with, Jon’s girlfriend, Brie. And Tug believes if Jon’s out of the picture she’ll take them in!

And if you can't make it to the screening but want to see the show check out The Elmwood Channel on VHX! - https://elmwood.vhx.tv/products/animal-behavior-the-series
Posted by Jon Bristol at 6:00 PM