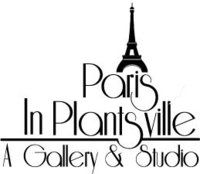 Paris In Plantsville continues it's film screening series this summer with a short film double feature!
August 21 and 22 we'll be screening the thriller "The Hollow Waltz" from Euphio Films, and the comedy "The Risley Brothers" from Elmwood Productions.

The doors open at 7PM for the screening on both nights, and the films start at 8PM, $5.00 at the door for admission. Following the screening the film makers and cast members will be on hand for a Q&A

THE HOLLOW WALTZ
Written and Directed by S.W. Rand
In a city filled with corruption and greed, a sorted array of characters
lead this tale through a corrupt New England city. Everyone is trying to
survive another few days despite their dwindling luck. Revenge,
backstabbing, and riches make for a good time in Frog Hollow.

THE RISLEY BROTHERS: WELCOME TO THE WOODEN BEAVER
Written and Directed by Jon Bristol
Wes and Quig have just re-opened their grandfathers bar. With low expectations for success and discovering that the old regulars have all past away they aren't sure if they will make this first months electric bill. But they have bigger problems to deal with: The women in their lives…

Total Runtime of both films is approximately 90 minutes

We look forward to seeing everyone at the screening!


All the info on Facebook here!
Posted by Jon From Elmwood at 8:00 AM