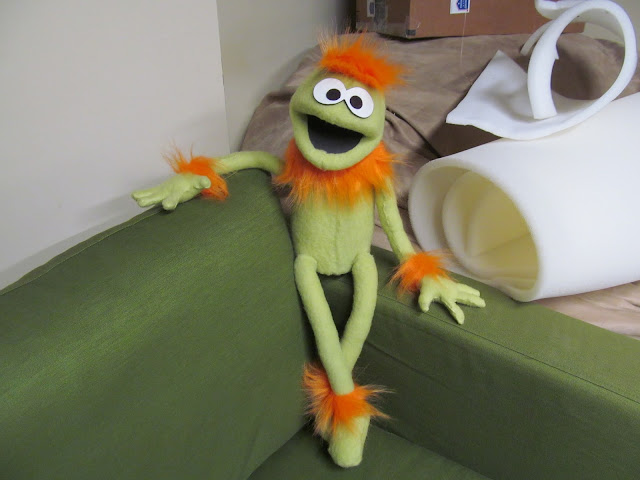 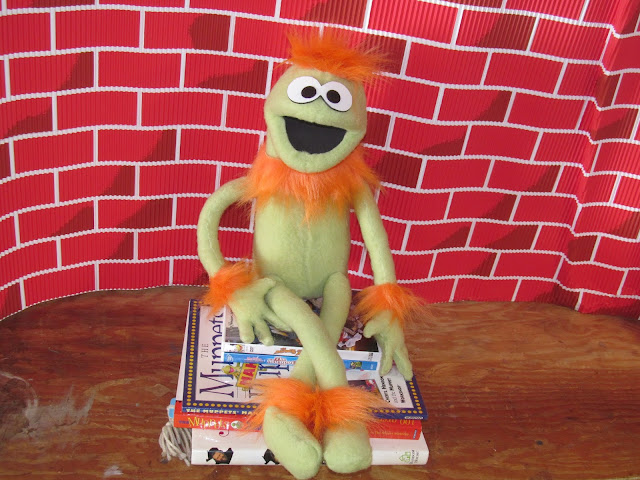 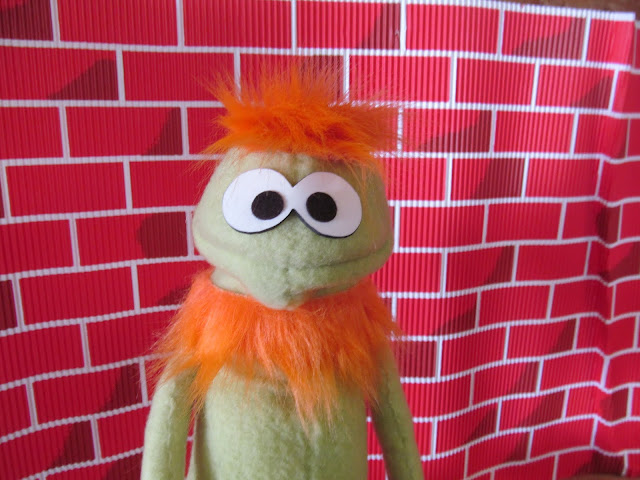 The story of Iggy...

In 1994 Jim Henson Productions teamed up with Hasbro to make a line of toys based on the idea of "The Muppet Workshop".  As part of this they made two puppets, with removable features.  I was just really starting to want to take puppetry kinda seriously as a hobby, or life and these were awesome to me.  Especially as a Muppet-head.


I ended up buying both, and named them Iggy and Bowie.  The toy line didn't last long though - Here's s link to Muppet Wiki with more info on the puppets.


Iggy definitely got some mileage with me and my friends.  He'd come to parties and cause trouble and so on...  A couple years later I found another green Muppet at a flea market while some friends and I were camping, so I bought it, and he became the party version of Iggy, and my first one was set aside for safe keeping.


Good thing I did that too.  About a year later a buddy was having a party and attached Iggy 2 to a couple dozen helium filled balloons and strung it up over his house.  And, well...  The string broke.  And Iggy ascended.  Hahaha...

All these years later I still have Iggy and Bowie in my collection.  A couple weeks ago I ended up making my own version of Iggy.
It was something I wanted to do for years.
It felt great to do it.  Like coming full circle from taking my interest in puppetry seriously to having that piece of my history being created by myself.  I just made him for myself, and my personal collection.
And Iggy still makes me smile.
Here's some pics of the making of Iggy...
Also - I used a pattern from Adam Kreutinger's website for Iggy, the "Small Fry" pattern.  I adapted a couple things, but overall followed the pattern as is. Click HERE to get it yourself!  I highly recommend Adam's work! 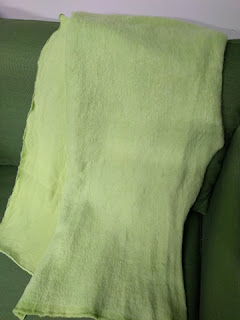 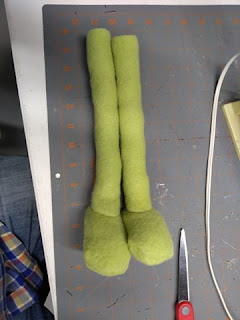 I dyed the fleece myself...  Antron from Georgia Stage 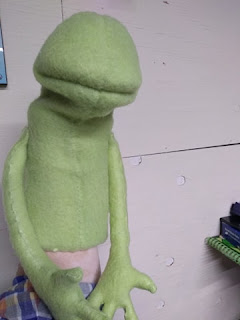 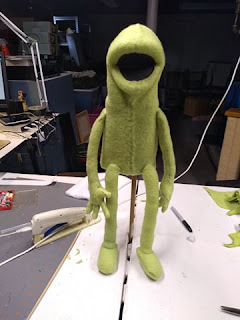 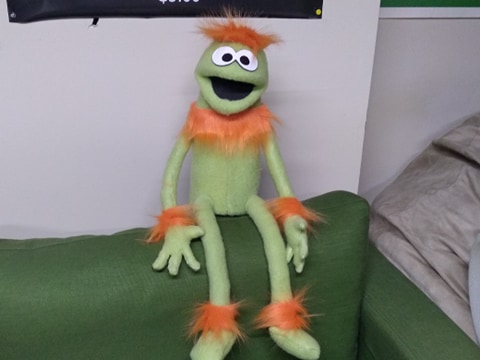 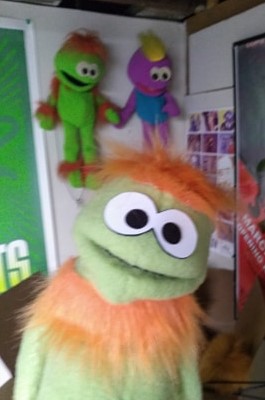