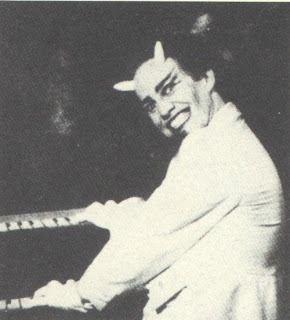 This Friday nite!
Hang out with me at Paris In Plantsville!
Laugh a lot and throw toast!!!
"What ever happened to Fay Wray?"
That 's the question posed by Dr. Frank-n-Furter poses to the audience in the 1975 classic film
"The Rocky Horror Picture Show"...
As part of the Halloween Season we'll be screening several films....
Join us 10/21 for a fee screening of Richard O'Brien's legendary musical and bring your props for the audience participation event!
Following "Rocky Horror" will be the Richard Elfman film "The Forbidden Zone"!
A musical movie as strange a s strange gets featuring music from Danny Elfman's Oingo Boingo and starring the legendary little person Herve Villechaize!
Two R-Rated Horror Musicals on one wild nite!
More here!
For more on all our Halloween events use this link:
http://www.facebook.com/event.php?eid=179608375430256
Posted by Jon From Elmwood at 7:38 AM