And Now for "Puppet News"

A couple things have popped up in my radar in the past few days on the puppetry on film front.
First is the announcement that WETA is going to be bringing the awesome "Thunderbirds" back on to television soon.
Gerry Anderson's "SuperMarionation" style of puppetry is instantly recognizable around the world and has been hugely influential on puppeteers, film makers, and special effects wizards since the 1960's.
SO what's the word from WETA and the 'net?
CGI

Really?  CGI?  No one bothered with the "Thunderbirds" movie a few years ago for a reason...  The puppets were half the charm...  And the movie was just simply a piece of shit (but that's my small opinion).  "Team America" has gained a huge following for a reason.  It's funny, and it's a tribute to Gerry Anderson's work.  Taking the puppets out of "Thunderbirds" is like mixing Bugs Bunny with Michael Jordan or Brendan Fraiser, and that would never happen!

The other thing is "Star Wars"
Yes I am cool with Disney in charge.  I am excited about a follow up trilogy.  And I love the idea of stand alone flicks in the world of "Star Wars"
So I see today that the first stand alone flick may be a Yoda story.
Yoda worked best in "Empire Strikes Back", when he was a puppet.  But he also worked worst in "The Phantom Menace", when he was a puppet.  So there are two sides to that coin.
I hope hope hope that Lucasfilm/Disney doesn't ignore the importance of the puppet.  I hope it looks at the five films Yoda is in and steps back and says "Let's do a mix of both".  Yoda is such a subtle character and so unique as a puppet and relate-able.   And the things that can be done with that cannot be replaced with a CGI version.  But it can be enhanced.

Odds are though it'll be all CGI.  So odds are I'll just wait for Netflicks for a Yoda movie, or a Thunderbirds show...

But if there's puppets I'll be first in line.


Here's links to more on both:
Yoda
Thunderbirds 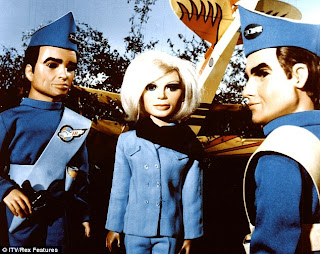 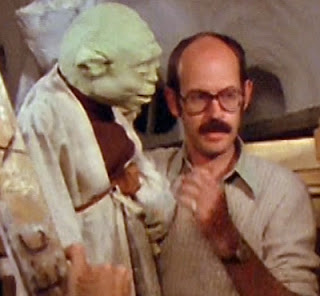 Posted by Jon From Elmwood at 6:32 PM