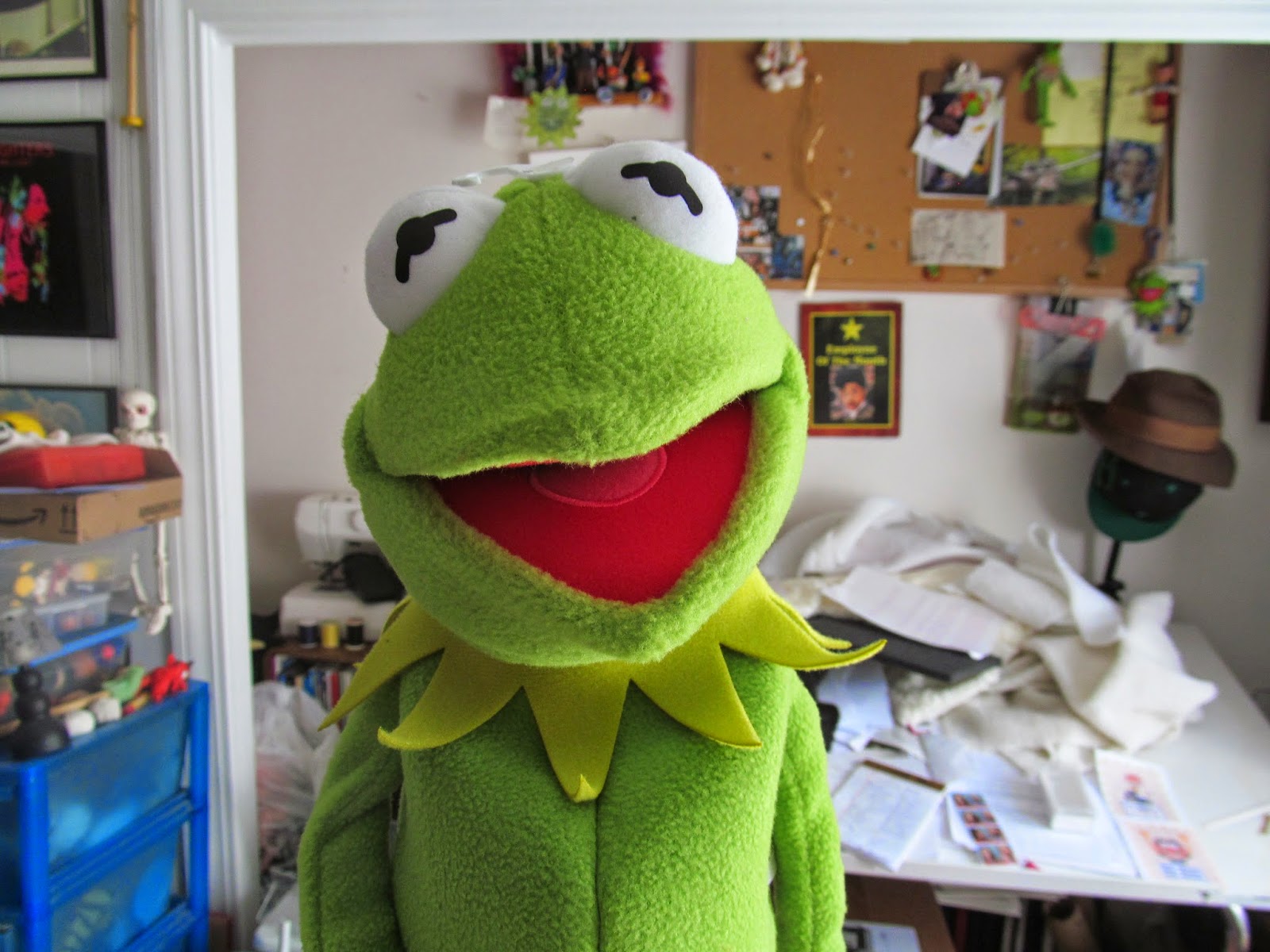 So over the past three years I've pretty much stopped collecting toy puppets.
I still love them, but I just haven't found one that has grabbed me and screamed
"BUY ME!"
I did get another "Whatnot", but this time the Toy R Us version.  I 'll post it later…

Then this guy…
With "Muppet Most Wanted" coming out in March some new Muppet toys hit the stores.  And I saw this guy at Toys R Us…  And wow.  What a good likeness!  Had to have it to add to the collection.
So I got him home and put him next to the Kermit I got as a kid in the 1970's.
I then decided to get back into puppet collecting.
But only Kermit puppets
I love Kermit.  He's the reason I fell in love with puppetry…
I have three different Kermit at this point (not counting finger puppets)…  Let the hunt begin!

Posted by Jon From Elmwood at 4:30 AM