I've been through a lot.  I've seen a lot.  And I've learned to live with a high level of humor.
I try to find the funny side of everything.  I do my best to keep my political views and such away from social media.  Not because I am ashamed or embarrassed, but because I just don't want to fight about it with faceless people online.
I'm running out my endless sense of humor.

This shit isn't funny.
We have a racist/fascist in the highest level of American office.
We have what I thought were smart people who actually listen to his lies and are OK with it.
People think wearing masks is an infringement of rights, not a concern for their health.  Let those assholes die.
We have riots because a officer of the law doesn't like the color of someone's skin.
Flint, MI still has shit for water.
In Minneapolis white cops are smashing windows to make it look like black rioters are doing it.  Just to add fuel to the fire.
There are still children in cages in America.
In America.

Fires, looting, threats, violence, illegal arrests, and kids in cages, and on and on and on and on...  No matter what side you're on none of this is going to help anyone.
Go ahead, and comment.  Tell me how it's "their fault" or some other nonsense.  Tell me how I don't understand.  Tell me I'm wrong.
Or better yet, "unfollow" me.  "Unfriend" me.  And go away.
This isn't even political for me.  This is about being human. 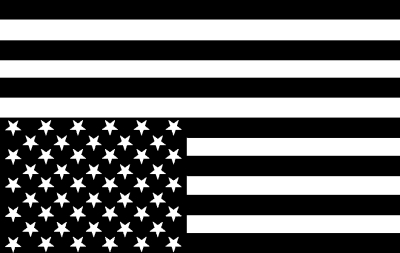 I have heard stories, and seen video, of the race riots in the 1960s. In my own lifetime I vividly remember the 1992 LA riots over the police beating of Rodney King. Those had an effect on me. They have been on my mind in recent days. That was almost 30 years ago. The 60s riots were 50 years ago; Jim Crow, a century ago, and slavery, a century and a half. At a certain point I think helplessness turns into violent reaction, and people just can't take it anymore. The immoral politicians on one side, and the incompetent, complicit politicians on the other side, have made it so there seems no recourse for injustice. I feel and share your anger, Jon. Perhaps America is overdue for a deep, even violent, self-analysis of its own sins. Perhaps we needed a Trump to force us to confront the deep problems within our society. Because those problems were always there, not even hidden. Maybe out of this darkness we will come out with some sense of renewal, a path-correction. I don't know. Things are dark. Perhaps America's time is over, and it is now time for Europe and China to take over. The American Experiment is in crisis; we need to look to the larger project of Humanity.