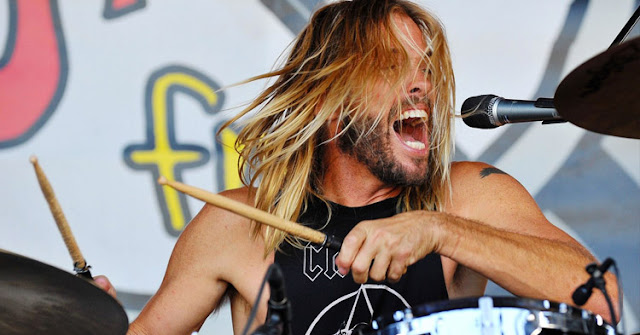 Summer 2000 I got tickets to see the Chili Peppers.  The Foo Fighters were the opening act.  I cannot lie and say I was a huge fan at the time.  I knew the hits and did love "Everlong" and "Monkeywrench".  But I was at that show that nite for the Chili Peppers.

I was converted to a Foos fan that nite.  They stole the nite.  And have been a huge fan since.  I remember the drummer from that nite so well.  All teeth.  Smiles.  Lanky and long.  Like actually watching Animal play drums.

I've been lucky enough to see the Foo Fighters a few more times over the years.  Always amazing.  And they always give their all to the audience.

I'll miss you Taylor, even though we never met in real life.  And while everyone will be rightfully discussing your talents and music with the Foo Fighters for centuries to come I wanna share a tune that I love of his own...

Wish I could get one more encore.