Kermit - From The Collection 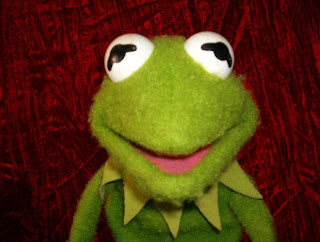 Here's Kermit!
OK, yesterday we hit the one year mark! "Yaaaay!!!"
So from here I'll not only be posting puppets that I've made but I'll be posting puppets made for Elmwood Productions by our other crew members and puppets from my collection of toy puppets. And I'm not gonna promise a puppet every day... It was a one year experiment, and it was a success!!
This Kermit is the one that started it all. I had other toy Muppets as a kid, but this one was the one I was obsessed with. I used to turn him inside out to see how he was made! I never got rid of him and never will. 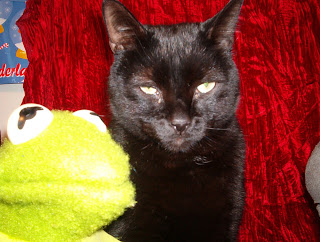 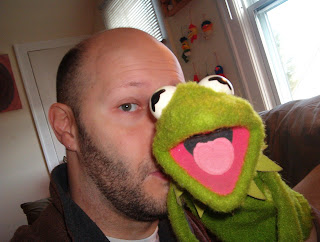 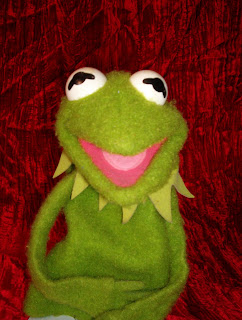 My friend Matt gave me a twin of him as a gift a couple years back, I'll post him later! Hahaha!!!
Kermit Rules!
Posted by Jon From Elmwood at 12:01 AM